On Modern Muslims: A Sudan Memoir

Ohio University Senior, Catrina Lang says the biggest thing she learned from Dr. Steve Howard’s new book Modern Muslims: A Sudan Memoir, besides the story of the author, Ustadh Mahmoud and the Republican Brotherhood, is a different perspective on Islam and how a culture vastly different her own can exist and thrive with its own problems and triumphs, every day.

What most struck me in the entirety of my reading and contemplation of “Modern Muslims” was the intense religiosity and seemingly joyful commitment to the movement by its followers, despite their many hardships and fierce opposition.  It affected me so much because their devoutness was all in stark contrast to my own personal experience of growing up in a “religious” environment compared to many of my other friends, family, and colleagues.  I attended a Catholic school for twelve years, regularly went to Mass, and completed many rites of Catholicism such as Baptism, First Communion, Confirmation, and others.  Despite all of this formal religious experience and education I gained, I was never inspired to anything close to the devotion shown by the Republican Brotherhood even through their simple daily tasks like prayer, group meetings, and singing their “inshad” or hymns.  I must admit that I was at times envious while reading of their steadfastness and commitment to prayer and belief in the movement and its ideology.

As far as the book itself is concerned, I think it does a great job of dividing different components of the Brotherhood and the journey of the author into easily understandable parts.  I enjoyed the practical and organized chapter sections that explained different stages of the author’s journey as well as incorporating the different facets of the movement as well.  The different chapter focuses such as “Unity” and “A Women’s Movement” help the reader understand distinctive labors of the Republican ideology as well as their willingness and openness to accept the author, even going as far as letting him live in their shared housing, which demonstrates much about the movement and what the author is trying to convey throughout the memoir.

Although in general I do not think I (and many others) have the self-discipline or desire to live such a religiously devoted life as those in the Brotherhood, I was fascinated with the accounts of their intense spirituality and interpretation of the Qur’an that informed their progressively modern ideology.  I was especially attracted to their serious approach to prayer and their involvement at the forefront of the women’s rights and human rights movements in Sudan.  As a feminist living in liberal Athens, Ohio, I am thankful to enjoy the freedom to protest and promote any platform that I wish to with little fear of major repercussions.  This fact only enhances the respect I have for the bravery shown by leader Mahmoud Mohamed Taha and the rest of the Brotherhood in simple acts such as letting women join in their funeral processions or sell books on the street.  These may seem like small steps, and I found myself having to take a step back sometimes when thinking “THAT was a major progressive step for their women?”  It was hard to reconcile looking through my own Western liberal-feminist perspective, and I had to remind myself that much of this book was set in a different society over thirty years ago when things were much different than today. The further I read, I came to realize that these actions that may seem trivial to me (a white American woman in 2016) were always furthering the movement, especially when they could be punished for performing them and it went against many of the cultural and social norms of the time.

After completing the book and contemplating these issues, I realized that one of my favorite parts in general was learning about Mahmoud Mohamed Taha’s “Second Message of Islam” as the Brotherhood’s main teaching.  I appreciated how focused he was on a more contemporary Islam that would grow and change to meet modern standards of conduct and equality, especially for women.  This directly relates to what we talked about in one of my classes concerning the relations between the Medinan and Meccan texts of the Qur’an that were revealed to the Prophet Mohammed in different phases of his journey at the founding stages of Islam.  A great line from Chapter 5 that I thought explained this succinctly and satisfactorily was “The two phases [Meccan and Medinan] often contradicted each other because, as Ustadh Mahmoud would explain, the Medina texts were revealed at a difficult time in the construction of Islamic society and were not meant for all time.”  Ustadh Mahmoud was so revolutionary and “radical” in his thinking because his movement accepted the fact that these texts could and should be interpreted differently in modern times and understood that they should always be evolving.

A few of the truly groundbreaking concepts that I thought the movement embodied well were the full participation of women in different areas of the movement as well as Ustadh Mahmoud’s belief that both the marriage, divorce, and education of women should be equal to that of men. These ideals can be seen coupled with his advocacy for independence at his protest against the British imprisonment of a woman that had circumcised her young daughter.  While Taha did not condone the practice of circumcision, he sustained the notion that “the British could not legislate Sudanese morality and that such laws were unsustainable in a country where women were not given access to religious training, education, or social status that would empower them to end the practice themselves” (Chapter 1).  He advocated that women had to help themselves, and these deeply engrained cultural traditions would not become obsolete through any official law imposed by another government.

Ustadh Mahmoud also fought for human rights through his opposition of sharia law during Gaafar Nimeiry’s regime.  He supported the idea that non-Muslims should not be subjected to Islamic Law.  This is another core value of the movement that was expanded upon in Chapter 6 that there should be “no compulsion in religion,” and the Brotherhood was adamant that Christians and other non-Muslims should not be subject to rule by an Islamist State.

In addition to the progressive ideals of the movement itself, I was also fascinated by the important role that music played to its followers.  In Chapter 5 there is a large section on how the Brotherhood used its hymns as a means of expressing community, culture, praise, and the Republican ideals themselves.  As a musician myself, I am no stranger to the emotional, spiritual, and communicative influence that music can convey.  Even though the Republican Brotherhood was intensely focused on their modern interpretation of Islam and moving away from their mystical Sufi roots, I found it very humanizing they could not resist the “mystical” power of music and were able to weave in this Sudanese musical and cultural tradition of their “qasaid” or odes to fit their own religious purpose of communicating the Republican ideals.

Overall, I think that reading this book was a very helpful addition to discussions about combatting Muslim stereotypes, and it was amazing to me to see that not only was the Brotherhood not exemplifying Western stereotypes, but they were actively fighting against them in a place and time where it was difficult to do so.  In Chapter 6 there is a line that says, “Islam has become The Big Story in the West since the 1970’s, but we’ve seen few changes in that story’s core stereotypes over five decades.”  I believe that Ustadh Mahmoud’s philosophy directly combats those stereotypes, and the purpose of this book, which is to educate a greater population of people about his life and the Republican Brotherhood, will do just that.  This movement was strictly non-violent, and his views on women and other family issues like marriage were revolutionary for the time and against what many Western stereotypes can cast Muslims to be.

I think that the biggest thing that I learned/gained from this book besides the story of the author, Ustadh Mahmoud and the Republican Brotherhood itself is a different perspective on Islam and how a culture vastly different from my own can exist and thrive with its own problems and triumphs every day.  I do not consider myself a close-minded person whatsoever.  I have traveled and lived abroad, but my experience with Islam has been very limited.  I do not personally know many Muslims or have Muslim friends, and I believe that this book has helped me learn many basic facts about Islam that everyone should know in order to combat many of the stereotypes that the Western world has about Islam.

In conclusion, this book took me on a journey that delved deep into a culture steeped in tradition and religion.  It highlighted a movement fighting against those traditions that they did not believe embodied the spirit and morality of modern-day Islam and the path of the prophet Mohammed.  It struck me when the author mentioned a talk given by Dr. Cornel West at Ohio University in 2009 where he “elevated Mahmoud Mohamed Taha to the Pantheon of Gandhi, Martin Luther King Jr., and Nelson Mandela.”  This comparison was not entirely surprising to me after reading the book and admiring Taha’s progressive ideology based on freedom.  Reading this book has made me even more open and accepting to learn more about Islam in its many forms, and Taha and his followers have inspired me to always stand up for what I think is right, no matter what the cost.

Catrina Lang is a Senior at Ohio University’s School of Media Arts and Studies.

The views expressed in this post are those of the author and in no way reflect those of Africa@OHIO or the African Studies Program of Ohio University. 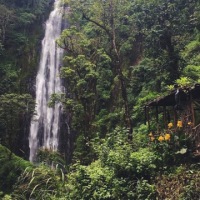 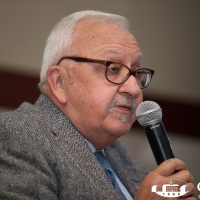 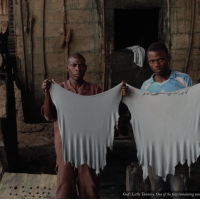 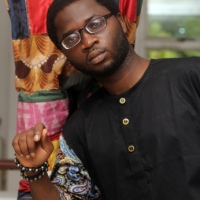 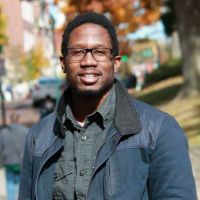 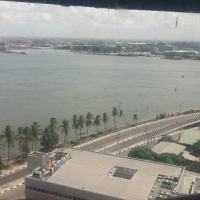